As the season now rushes along and the first days of April are now in the rear view mirror, everything that can turn green seems to be doing so. I spent much of the day (April 3rd) in both Shadow Rock Park, and in River Run Park located just across the Bull Shoals River. My focus today was the trees in the both parks and how well they were doing after numerous flood submersion’s.

Last year, trees in both parks spent a considerable amount of time submerged beneath flood waters from both early and late summer rains. This was frustrating for fishermen and campers who had hoped to spend time in one or the other popular locations. The trees, of which Sycamores are in the majority, were also adversely affected by having their roots submerged for a second or sometimes third season in a row. (Unlike Cypress trees which are adapted to wet conditions, Sycamores can become sick and die in such conditions over a period of time).

I was pleasantly surprised to discover that most of the trees seemed to be doing rather well. I observed active buds on every tree I looked at and while I’m no tree specialist, I am at least hopeful for their continued survival. Now, if we can just get through this spring with normal amounts of rainfall that would be great. I’ve got my fingers crossed.

The men and women who like to fish these waters were also much in evidence as I noted both parks had a good number of RV’s.  Also, the boat launch areas were pretty crowded. The fishing reports I have been getting over the last two weeks have been modest to poor, but everyone I talked to said that the best will come once we get a few warm days under our belts. The warm weather is here now with temperatures expected to climb into the high seventies and low eighties over the coming week.

The bottom line seems to be good for these parks and others like them in and around the southwestern Missouri area. 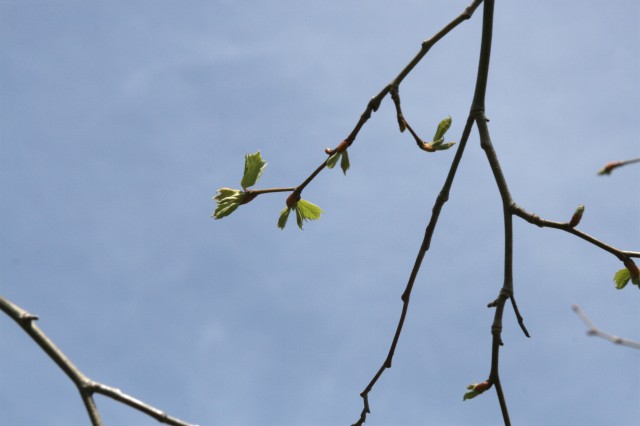 Followup: Just four weeks after this blog was posted, extremely heavy rains in late May and early April re-flooded the area once again.

I am just a simple man with a head full of sand who is currently residing in a small town called Forsyth Missouri. I enjoy hiking, camping and all things related to gardening. I rec’d my degree from SIU majoring in Biology many moons ago and still maintain a great interest in the study of all living things. My hobbies include meteorology, the Finnish language and inhabiting cyberspace whenever possible.
View all posts by forsythkid →
This entry was posted in Parks and tagged Danomanno, Flooding, Forsyth Missouri, Forsythkid, River Run, Shadow Rock, Southwest Missouri. Bookmark the permalink.