The Unlucky Seven: Which state will go bankrupt first? 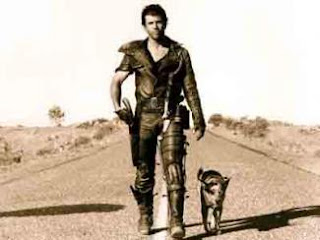 Oh, what a magical and scary time this is in the history of our country. Who would have thought just a few years ago that one or more of our states states would face a bankruptcy that not even the US government could head off?

Sad to say, there are now seven states that fit the following criteria:

1) A population that is greater than 8 million.
2) Unemployment and underemployed above 15%.
3) In debt for more than a billion.
4) A large net importer (read as dependant) of energy.
5) Have permanently lost key economy-driving sectors.

In particular, Michigan and Ohio are now at the end of the auto era. California has undergone a massive housing bust. North Carolina and New Jersey have taken the blow of the financial sector’s downfall. In addition to their loss of major money makers, these states also have higher energy costs. Now toss into this mix the dim prospects for wage growth in the United States at this time. Energy and food costs exacerbate wage problems. These seven states are pinched between prolonged stagnation of personal wages, and lack of relief in energy costs. Not a very healthy situation to find oneself in.

(It’s of interest to note that all the states with the exception of North Carolina (which has pockets scattered throughout) are decidedly progressive in nature. Hurts to be them I guess).

The two front runners, in some polls, are Illinois and California. Illinois, in particular, leads most of the these polls in terms of going down the old poop shoot in a hurry. OK, any state that wastes money the way Illinois does just has to shine somewhere. This is, after the state that failed to convict Rod Blagojevich after first spending millions of taxpayers dollars, and who now wants another whack at it. Hey guys, just take a sledge hammer to your feet. OK?

Whatever the final outcome, I predict this national debt party will not end well. Sure the US Government can bolster up these losers for a while, perhaps even for years to come. But, at what price for the rest of us? It’s no secret that are fast approaching a 40 percent deficit spending (relative to budget), a threshold at which hyperinflation historically kicks off? If you think things are bad now….

I am just a simple man with a head full of sand who is currently residing in a small town called Forsyth Missouri. I enjoy hiking, camping and all things related to gardening. I rec’d my degree from SIU majoring in Biology many moons ago and still maintain a great interest in the study of all living things. My hobbies include meteorology, the Finnish language and inhabiting cyberspace whenever possible.
View all posts by forsythkid →
This entry was posted in Danomanno, Forsythkid, Seven states on the edge, State bankruptcy. Bookmark the permalink.

1 Response to The Unlucky Seven: Which state will go bankrupt first?