On restaurants and obnoxious patrons!

Posted on September 1, 2011 by forsythkid 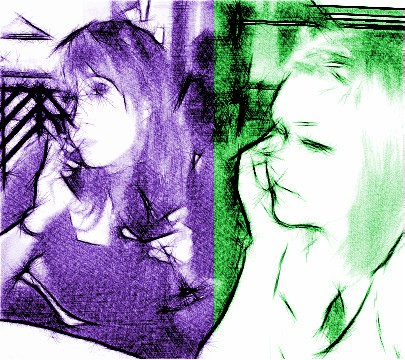 As America bravely noses her way into heretofore uncharted territory where words like ‘double dip depression’ and ‘long term unemployment’ have become commonplace and where people are more stressed than ever before, I thought I’d write a few words about the waitress profession and people like them.

First of all, I’m not focusing just on this one aspect of the working class. This article goes for any profession where people interface with other people and have to depend, in part or in whole, on their livelihood coming from the generosity of others (tips). Here are some facts as I see them;

Fact #1 – Waitresses and waiters are not servants! They are hardworking men and women who get up every day and go to a job where they are occasionally assailed with some of the foulest mouthed people God ever created. Oftentimes, they have to work two jobs while supporting children with all that that entails.

Fact #2 – Owners of businesses sometimes (not always) take advantage of an employees who are given less than a fair wage and who must now depend on an increasingly hostile audience to make up the difference. (Let’s face it, as times get tough, there are more unemployed or underemployed folks walking around. They have less money to throw around and this often shows up first in their tipping habits). Exacerbating the problem to an even greater extent, are employers who feel that they may use tough economic times to exploit their employees. After all, there is a steady group of people waiting in line outside to fill the shoes of anyone who won’t bend to the whip!

Fact #3 – As troubled times continue and stretch out into months and years, many service oriented businesses are forced to cut back on the number of their employees while asking the remainder to work harder and more efficiently to make up for the loss. If you’ve recently walked into a large restaurant and there are just a couple of employees there to serve you, you’ll get the point.

Fact #4 – Everyone is under increasing amounts of stress whether they will admit to it or not. Just watching the news on any given day is enough to get ones stomach churning. Long term distress (as opposed to eustress) can not only cause mental depression, but may also lead to a form of aggressiveness that can be harmful to those around you.

Fact#5 – There are arguably three classes of people out and about in the world on any given day;

Brites – Those blessed with good social graces who are a pleasure to be around. They are a class of people who tend to attract others to them as they are islands of composure and good manners.

Mites – Those who lack the knowledge of Brites due to poor upbringing and who are bores. While not insulting to work with, they could definitely use an upgrade.

Bites – (As in ‘bite me’). These are the most memorable class of walking horror stories and I’m sure everyone knows one or two. They spread ill will full time 24/7, where ever they go. My latest theory concerning these hairballs, is that they hate the fact they were born and want everyone around them to suffer as well. In that regard, they are often successful.

The bottom line is that, as we work our country back up to the best place on earth to live, we need to make sure that we also work on ourselves and how we present our individual persona’s to those we come in contact with. Now go bite me!

I am just a simple man with a head full of sand who currently resides in a small town called Forsyth Missouri. I enjoy blogging and politics. I received my degree from SIU majoring in Biology in 1972 and still maintain a great interest in the study of all living things. My hobbies include meteorology and inhabiting cyberspace whenever possible.
View all posts by forsythkid →
This entry was posted in Danomanno, Editorial, Forsythkid, Sound off and tagged Mean people, Restaurants, waiters, Waitresses. Bookmark the permalink.